Make a reservation at DIWAN restaurant

HOW TO FIND US

Delight in the sumptuous décor and sharing menu of Diwan’s dining room. Grab a light meal or quick bite under the soaring ceiling of the Museum’s courtyard café. And, from mid-May until September, weather permitting, enjoy alfresco food and drinks on Diwan’s patio, called one of Toronto’s prettiest patios by the Los Angeles Times and one of Toronto’s best by Now Magazine. 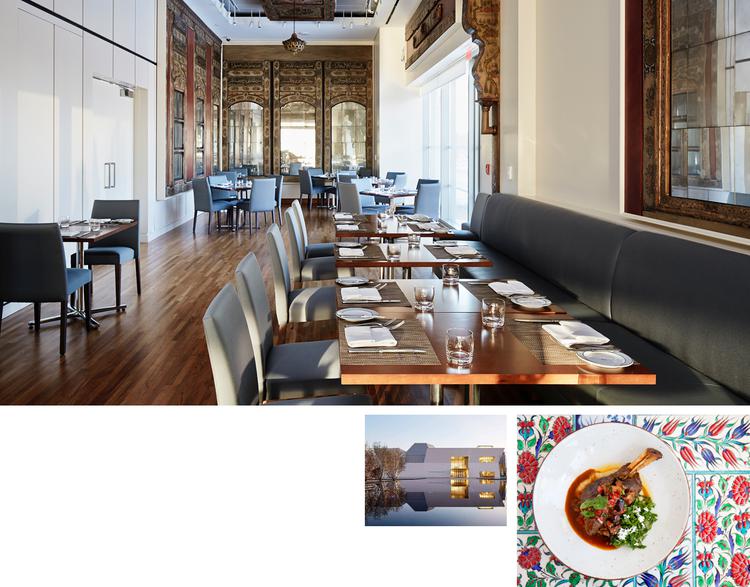 The ornate wooden panels that adorn the walls of Diwan’s bright and modern dining space were hand-carved and painted in 1799 and once decorated a private house in Damascus, Syria. Syrian homes are well-known for their exquisite interiors, and these panels, which are part of the Aga Khan Museum’s permanent collection, evoke those famously splendid surroundings. The panels’ dense patterns and rich textures, known as ajami, are a unique and authentic backdrop to Diwan’s cuisine.

"At the Aga Khan Museum, one dines amidst priceless antiques."

Dine at the Aga Khan Museum and experience the culinary magic of Toronto restaurateur Mark McEwan and his team, who bring their passion for quality and innovation to Diwan, the courtyard café, and private event catering. 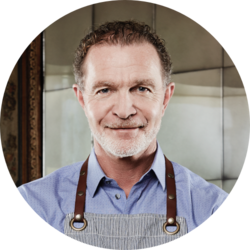 Mark McEwan’s creation of Diwan at the Aga Khan Museum is a high point in a stellar career that has seen many firsts. In the 1980s, he became the youngest-ever Executive Chef at the upscale Sutton Place Hotel before revolutionizing the Toronto dining scene with his landmark restaurant North 44. He then created The McEwan Group, which now manages four critically-acclaimed restaurants (North 44, Bymark, ONE, and Fabbrica) in addition to the gourmet grocery emporium McEwan, with locations at The Shops at Don Mills and TD Centre.

INQUIRE ABOUT OUR PRIVATE CATERED EVENTS

Let Chef McEwan design the menu for your wedding, corporate event, private dinner, or reception! The Aga Khan Museum provides a one-of-a-kind setting for events large and small. Private Events can be organized during or outside the normal hours of operation. To find out more, kindly contact the sales Managers for more details and they will be delighted to assist you:
[email protected] or by phone at 416.646.4671

HOW TO FIND US